There are currently two classes of LAUVs, the Noptilus and the Xplore. While the Xplore version is oriented for oceanographic surveys, the Noptilus class targets mine warfare, search and rescue, habitat mapping and bathymetric surveys.

The Xplore version is equipped with water quality sensors (CTD, Turbidity, Chlorophyll, ph and Redox) and will be used for the Savel and Endurance exercise in which they will be used for the collection of hydrographic data (CTD) along a specific transect in a region close to the navigation channel in the mouth of Sado estuary.

The Noptilus version is equipped with state of the art Side Scan sonars, Multibeam sonars and HD camera. The Noptilus will be used for area coverage using currents optimization algorithm generated plans.

The AUV operation is supported by Neptus, the command and control software tailored for the operation of one or more vehicles. This advanced, but user-friendly, software framework covers all the different stages of the mission life cycle: configuration, planning, simulation, execution and post-mission data analysis. 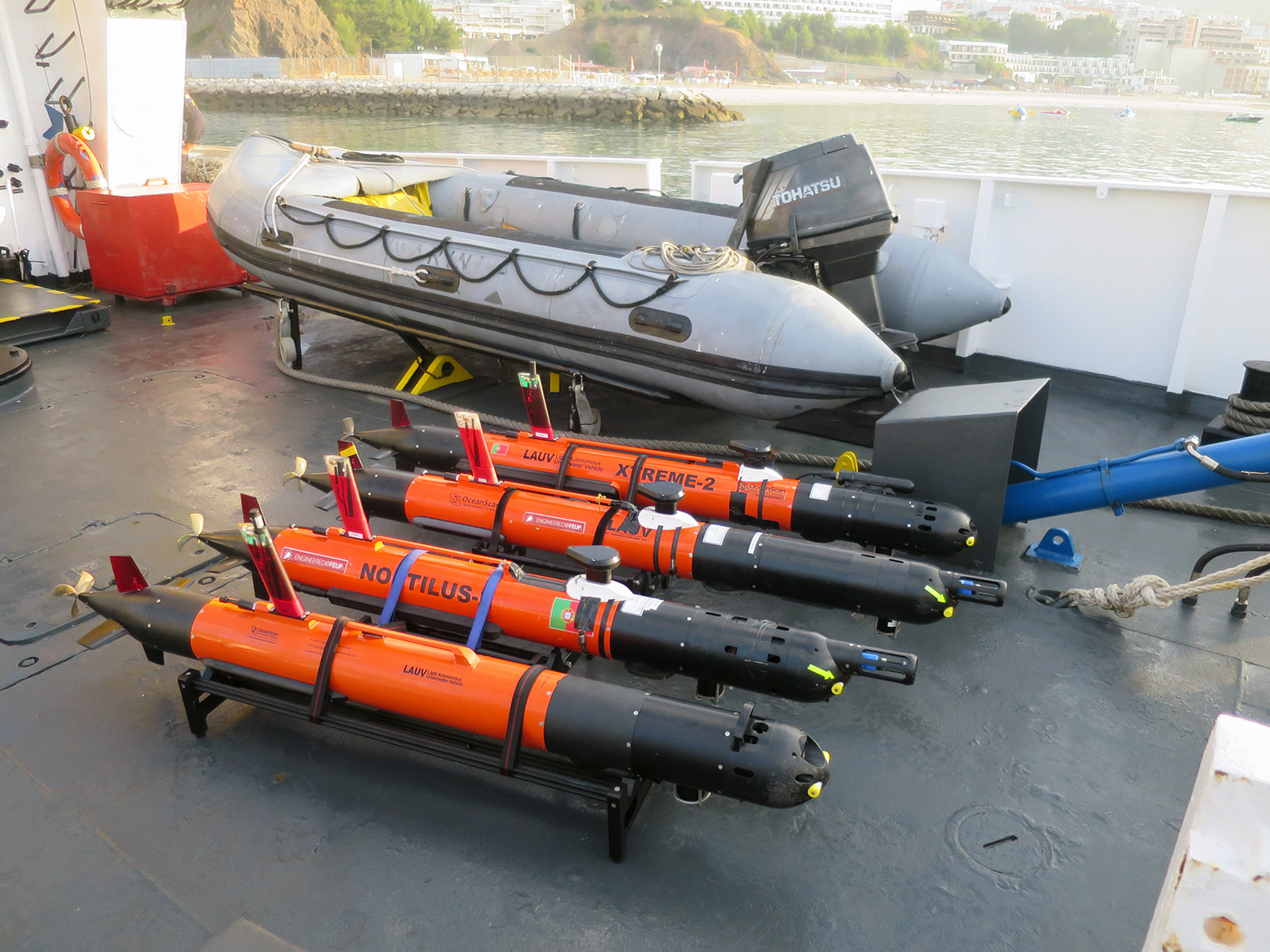